Being the oldest of her siblings,

Squabbling with her siblings,

Cleo Telerín is the oldest of the siblings and loves to help anyone whether it's her siblings or anyone else when they have a problem, Cleo sometimes feels that her other siblings are jealous because Cleo is the oldest.

Cleo is the oldest of the 6 siblings and is 8 years old. There is nothing in this world that she likes more than playing. No matter what happens, she always looks for a way to play a new game and have a new adventure. That is for sure! Her adventures only have happy endings. For Cleo, to think and act are the same things, and so she very rarely stops to think about the consequences of her actions since they don't have parents,Cleo being the oldest has to raise her siblings.

Cleo has black hair with a red bow for a ponytail and wears a two-tone red shirt with a panda design, blue denim jeans and dark blue trainers. Her bow glows when she has an idea.

Cleo has a very close bonding relationship with her younger brother, Cuquin. They are always seen playing and working together when it comes to helping their friends or solving problems. Cuquin loves his big sister and the two share a nice brother and sister relationship.

Cleo is either ok with Pelusin. They both still do not fight and have quarrels.

They have an ok relationship. Most of the time, Cleo and Maripí get along very well. But sometimes Maripí can get mad at Cleo, possibly appearing to blame her. And sometimes she’ll get into a rivalry with Cleo. But either and quite possibly, Cleo and Maripí still care for each other.

Cleo is very nice to Colitas. She loves helping Colitas when she feels sad or when wanting help. She and Colitas are sweet to each other. And Cleo never has a rivalry with her. Colitas is formely Cleo’s best friend and she has a good relationship with her.

Tetè can be neat to Cleo most of the time. 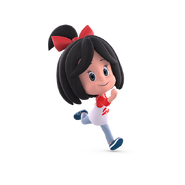 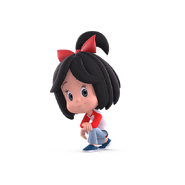 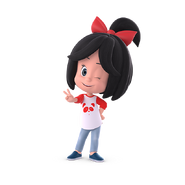 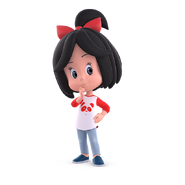 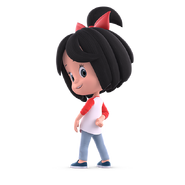 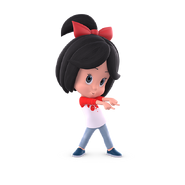 Cleo in a swimsuit

Cleo Cuquin & Colitas in soccer clothes
Add a photo to this gallery
Retrieved from "https://cleo.fandom.com/wiki/Cleo_Telerin?oldid=1541"
Community content is available under CC-BY-SA unless otherwise noted.