No flowers,Dead animals,Not getting any help

Colitas pronounced (Co-Lee-Tas) Telerín is the 2nd youngest of the siblings and loves flowers, insects and animals, Colitas has the ability to talk to animals and found a white rabbit she named Ghost, an ant she named Flower and a honeybee she named Bianca.

Colitas is the little sister and above everything else, she adores all of her siblings. She loves to be with them and do what they are doing, to the point that, for them, sometimes it's like having another shadow. She would do anything for them. She believes everything they tell her and shares anything she has with them. Furthermore she is always happy, everything is fun to her and everything sounds good to her. Colitas is also a good-hearted and well-meaning person. She is a happy and wild-caring friend.

Colitas has black hair with a pair of pigtails tied up by 2 green bows and wears a white short sleeved undershirt, a red jumper which resembles a strawberry, and red and white snap-on shoes.

She and Cleo really like each other. They have a great relationship and they are like a best friend to each other. They both don’t have a rivalry with each other. Colitas also likes it when Cleo helps her when she feels sad. It makes her happy.

Cuquín is very nice to Colitas. They are both very sweet. sometimes when she needs to feel better, he kisses her on her cheek. Since Colitas and Cuquín are the youngest, they like playing together a lot.

Pelusin and Colitas have a nice relationship. They don't have many interactions with each other, but they're still friends.

Maripì is nice to Colitas. It is revealed that they are with each other alot. The two share a nice sisterly relationship.

Colitas seems to be close to Tetè. She is very sweet to him. 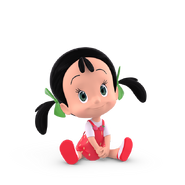 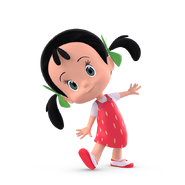 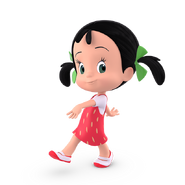 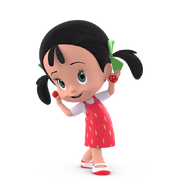 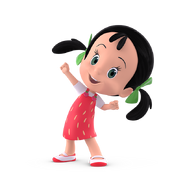 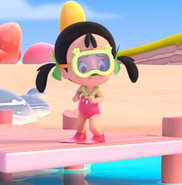 Colitas in a swimsuit

Cleo Cuquin & Colitas in soccer clothes
Add a photo to this gallery
Retrieved from "https://cleo.fandom.com/wiki/Colitas_Telerin?oldid=1244"
Community content is available under CC-BY-SA unless otherwise noted.