Crumbling up his paper,Getting splatters of paint all over his paintings

Pelusin pronounced (Pell-O-seen), Pelusin Telerín is the middle male child of the siblings, Pelusin has a lot of hair covering his face as he has green eyes even though he hardly shows them, Pelusin is not much of an athletic but more of an artist with a superhero or an astronaut personality.

If Cleo is the adventurous and daring character, Pelusin is the complete opposite. He is calm, analytical, and very sensitive, so he is the one who always foresees the consequences of Cleo's adventures. Even though he hardly ever misses the opportunity to warn her, it never does any good, because Cleo always does what she wants. Besides, Cleo always, always ends up roping him into all of her adventures.

Pelusin has orange hair covering his eyes, buck teeth and wears a white sweater with a teal trim with the planet Saturn in the middle, blue denim jeans, and light blue and yellow sneakers.

Their relationship is OK. Cleo seems OK with Pelusin. They don’t bicker, fight, or quarrel, they still seem Ok with each other.

Cuquin has a close bonding relationship with Pelusin. They love each other alot. Pelusin likes to play with Cuquìn alot. They are also good friends.

Pelusin and Maripí have a bad relationship sometimes. Maripí gets grumpy with Pelusin most of the time. And sometimes Pelusin has a strong rivalry with Maripí. They don’t make the best friends, but both make up later sometimes. Deep down inside, pelusin loves her though.

Tetè and Pelusin get along very well. They like to play with each other alot.

Pelusin and Colitas like playing with each other. Colitas has a nice relationship with Pelusin. The don't have many interactions, but they are still friends. 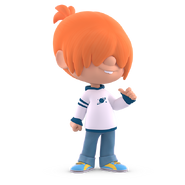 Pelusin giving a Thumbs up 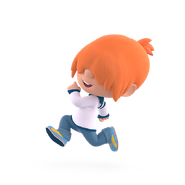 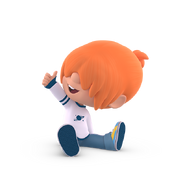 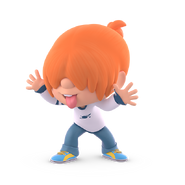 Pelusin sticking his Tongue Out 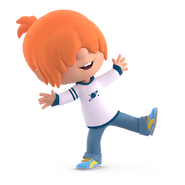 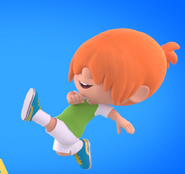 Pelusin in soccer clothes
Add a photo to this gallery
Retrieved from "https://cleo.fandom.com/wiki/Pelusin_Telerin?oldid=1543"
Community content is available under CC-BY-SA unless otherwise noted.